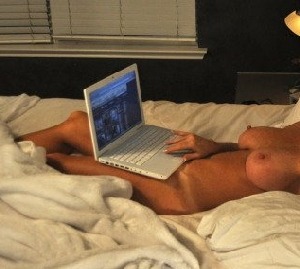 I’ve always enjoyed writing, and studied it quite a bit when I was in high school and college. The problem was I never finished writing anything I started. I learned the mechanics of good writing, but when it came right down to it I didn’t have anything meaningful to say and so my efforts often stalled because I would lose interest. Then a few years ago I started reading erotica online.

I discovered Literotica and checked out some of the “normal” stories. It wasn’t long before I found the incest category. I started reading those and was really turned on by them (which wasn’t surprising given the nature of my own secret fantasies). After a while, however, I became annoyed with how unrealistic or poorly written most of these stories were. I can’t focus on the sexy stuff and get off when my brain is distracted by typos, bad grammar, weak characters, and silly plot lines. One day I decided to try to write my own incest fantasy.

It was only after I regained my senses that I realized that I’d been writing for hours without having been aware of it. That night and the next morning all I could think about was getting back to my computer and writing. Dialogue was popping into my head as I made dinner, filthy sex scenes played out in my mind as I muddled through bath time and putting my girls to bed, and as my husband fucked me that night I imagined the characters in the story watching us as they masturbated.

By the time I was finally able to sit down at the keyboard again, I was so keyed up that the rest of the story just poured out of me (much like the juices from my pussy). I topped off that session with another self-induced orgasm and couldn’t believe I’d managed to actually finish a story without any angst or struggle. That’s when I knew I was onto something special.

That first story was “Secrets Between Sisters.” I began thinking about sharing it on the web, but there was a lot of fear and trepidation. What if someone I knew found out I had written something as socially unacceptable as a lesbian incest story? It would ruin my reputation as a respectable member of the community; it could damage my marriage; it might alienate me from my extended family. I even worried that I could get into legal trouble. I continued to edit and polish the story, but I couldn’t decide what to do with it.

When I checked back the next day I was expecting the worst. People calling me a pervert (which wouldn’t bother me in the least now), hate mail telling me I would go to hell, and other assorted general condemnation. Instead, I was happy to find nothing but positive feedback and encouragement to write more. It was a thrill to see something I had written “published” on a real website, and to know that people were not only enjoying my fantasy but getting off to it as well!

It’s easy to see why I was hooked from that point on. I still worry about getting caught and the dire consequences that would entail, but I can’t resist the lure of writing about all the nasty things I dream up in my twisted imagination. I often question what I do knowing that writing dirty stories is a somewhat juvenile pursuit, and sometimes wonder if it is at its core harmful to me and my readers. But then I have to face the fact that I don’t think I could stop if I wanted to (this may be a clinical definition for addiction).

The fact remains, however, that without all of you it’s highly unlikely I would still be doing what I do. Yes, the writing process is exciting in and of itself, but what really makes it such a perverse delight for me is knowing that you’re going to read it!